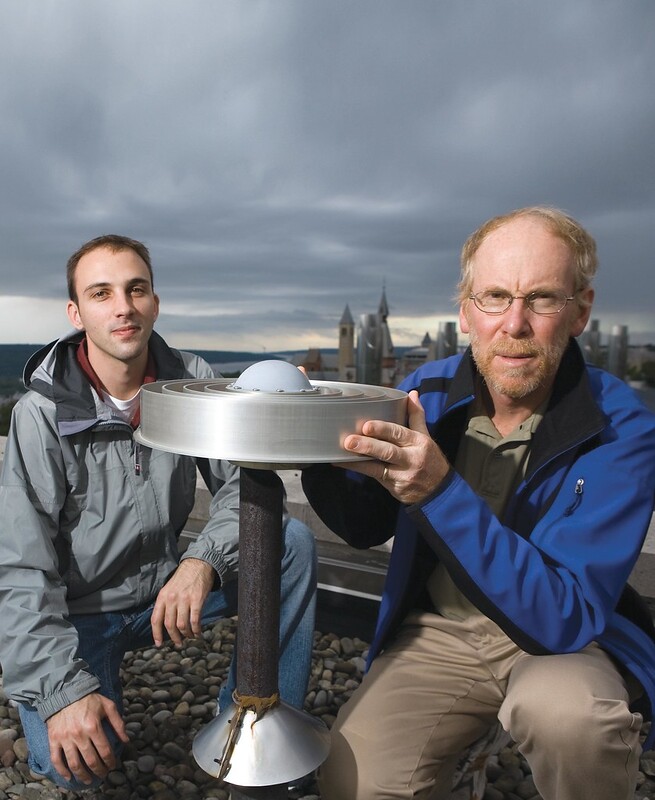 The research of Paul Kintner, professor of Electrical and Computer Engineering, has made significant contributions to the understanding of space environments. His plasma wave interferometer was developed in 1986 and launched into space with the Viking satellite. He was head of the Global Positioning Systems Laboratory at Cornell University. Kintner was an internationally recognized authority on the interaction of radio signals, both natural and man-made, with space environments, particularly the ionosphere and magnetosphere. His studies included the effect of the space environment on GPS signals. He is pictured her with grad student Alessandro Cerruti.