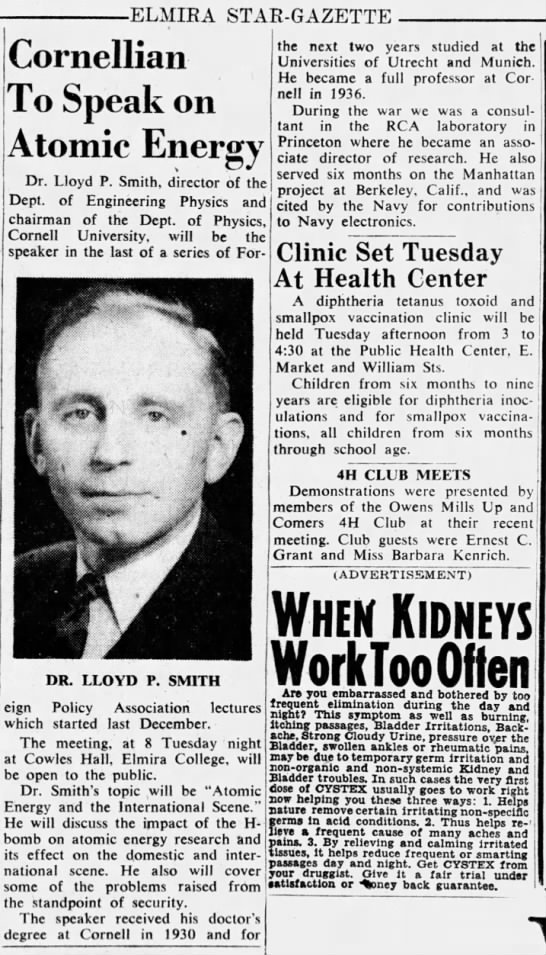 The FP-54 Pliotron electrometer was created by Lloyd P. Smith during his doctorate studies at Cornell in the late 1920s. This device was capable of amplifying direct currents as small as 10(-17) amps. Smith would later become the first director of Cornell’s Department of Engineering Physics.