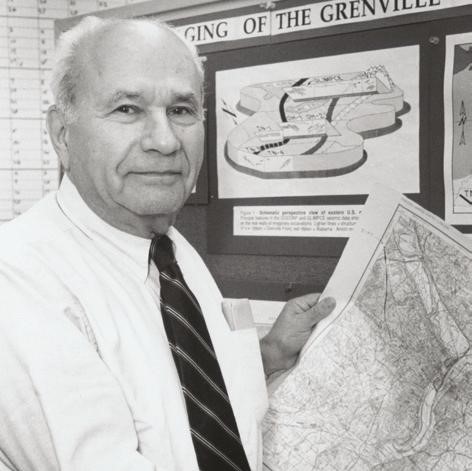 Sidney Kaufman (1930, AB; Physics, 1934, Ph.D.) collected the first off-shore seismic reflection profile. As chief of a water seismic crew that normally operated in bays, marshes, inlets and lagoons, Kaufman in 1937 found a rock formation that extended from a bay near Corpus Christi into the Gulf, according to an account by Shell Oil Co., his employer at the time.”Renting shrimp boats for $28 a day, (Kaufman) and his crew ran seismic lines four miles out from shore,” the account says. When his boss discovered what Kaufman was doing, he was furious, Kaufman recalled years later in the Shell account. He quoted the supervisor as saying: “What the hell are you doing in 65 feet of water? You know we can’t drill out there.” Kaufman returned to land. Only decades later, did the company put his findings to work in offshore production.These studies would eventually help lead to petroleum production in the Gulf of Mexico. Dr. Kauffman later return to Cornell as a professor in geophysics