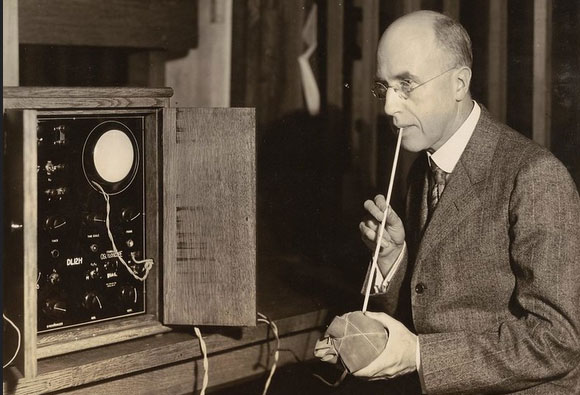 The electric elevator was invented in 1891 by Frederick Bedell (Physics, Ph.D., 1892) while he was still a grad student. His invention was an improvement over the hydraulic elevators that couldn’t reach the upper floors of New York City’s rising skyline. Bedell was later appointed to the Cornell faculty as an instructor and in 1904 had risen to the rank of full professor. Also invented trhe deaf speaker hearing aid in 1931